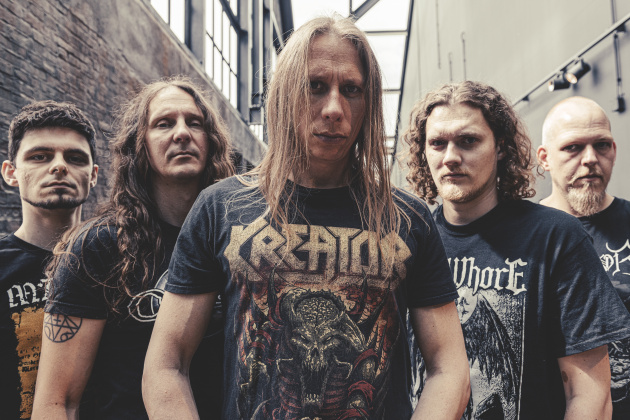 Dutch blackened death metallers ONHEIL sign worldwide deal with the Swedish record label Black Lion Records. A new album is planned to be released in the spring of 2023.
ONHEIL has been spreading its furious Melodic Black and Death Metal since 1999. Its debut in 2009
‘Razor’ was met with huge critical success, and brought the band to new heights from the underground, making a name for itself. With intense touring and live appearances.
Black Lion Record’s CEO Oliver Dahlbäck comments: “When ONHEIL sent me their new album promo, I was instantly impressed by the aggressive yet melodic style and sound. I am confident that this new album of theirs will take the band even further. It's great to have them as part of the BLACK LION roster!”
With the success of their two albums and EP, and their diverse sound, ONHEIL has been able to share the stages of Europe with many major metal bands from both the black and death metal scene as well as thrash or heavy metal bands. Examples of the festivals played include PARTY.SAN OPEN AIR, EXTREME FEST (in 3 countries), METAL MEAN, STONEHENGE and playing shows with bands like MAYHEM, VADER, ONSLAUGHT, ASPHYX, ROTTING CHRIST and WIEGEDOOD.
After some big line-up changes and some Corona pandemic setbacks, ONHEIL is back with a new strong line-up and a newly recorded album, mixed and mastered by the legendary Dan Swanö.
If you're a fan of bands like DISSECTION, NECROPHOBIC, SACRAMENTUM, DESTRÖYER 666,
UNANIMATED, UNLEASHED, LEGION OF THE DAMNED, and the likes, the band's upcoming album is for you!
So stay tuned for more news and tunes to follow in the weeks ahead. In the meantime make sure to check out the band's latest video for "Self-Destruction Mode" here:
https://www.youtube.com/watch?v=2Y5wb_NV3TQ