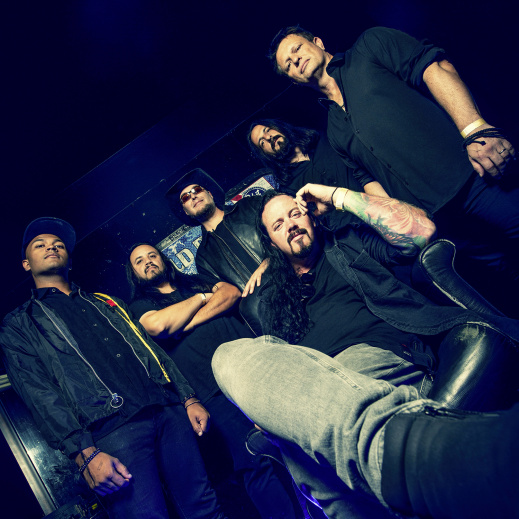 Following the band's recent announcement, to release their forthcoming, eighth studio offering I Am The Storm on March 17, 2023 through AFM Records, today, Los Angeles-based progressive metal masters Redemption have unleashed a brand new single! By the end of 2022, the band already shared a first album foretaste with a music video for the colossal album title track I Am The Storm.

Band mastermind Nicolas van Dyk reveals: “If I Am The Storm showcases the heaviest aspect of Redemption, Seven Minutes From Sunset showcases a more melodic metal current of prog metal, as Someone Else’s Problem did on our last CD. As for the lyrics…they’re a metaphor. For the listener to decipher.”

Get the song on all digital platforms HERE!

As the album title already promises, I Am The Storm is a gripping, stirring, overwhelming and dramatic, new record by the power prog metal act. Combining unapologetic melodies and hooks with technicality, complexity and thundering riffs, Redemption once again occupies a unique place with its powerful, heavy, intelligent and deeply emotional music.

I Am The Storm was produced by van Dyk, Vikram Shankar and sound engineer/guitarist Simone Mularoni (DGM), who – alongside Chris Poland (ex-Megadeth) and Henrik Danhage (Evergrey) – will be also featured as a guest musician on the album. The new Redemption record also contains two cover songs, 'Turn It On Again' by Genesis and 'Red Rain' by Peter Gabriel.

Set to be released on March 17, 2023 via AFM Records, the album pre-sale has just started at THIS LOCATION!