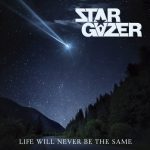 STARGAZER - Life Will Never Be The Same

After their previous release “The Sky is the Limit”, Norwegian band STARGAZER entered the radar of connoisseurs of the hard rocking world. The group was loudly hailed as one
to watch. They received a lot of great reviews all over the western world and were, back then in late 2019, ready to take on the world for serious touring. But serious touring saw
an abrupt end due to Covid-19 for almost every band in 2020-21, with Stargazer being no exception.

The nordic five-piece didn’t lose their spirit and, diligently, took the downtime to start penning their next album. Produced by guitar player William Ernstsen and vocalist Tore André Helgemo, “Life Will Never Be The Same” is the result of those dark times with a silver lining ahead. Engineered by William at Jedimasterstudios, Trondheim, and mixed
and mastered in Medley Studios, Copenhagen, by Soren Andersen (Glenn Hughes,Electric Guitars, etc), “Life Will Never Be The Same” is exactly the kind of album that you’d expect from a matured Stargazer and then some.

The five-piece powerhouse hammers on with Scandinavian vibes that consists of virtuosity and a vintage sound with a modern twist. Firing on all cylinders in combination with the sense of good melodies, great riffs, solos and songwriting handcraft. With one of rock’s best voices and one of the best blues-based hard rock guitar players around today. All this on top of a rock steady hard groove with killer rock songs such as “Live My Dream”, or down to the most tender and heartfelt tunes, as for example the single “Live Today”, with emotions worn on their sleeves.

“Life Will Never Be The Same” is the sound of Norwegian classic hard rock flagship, and Stargazer sets sail again with its this third release in their discography. One to change their life - and yours - for good. 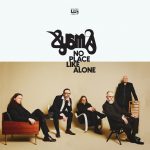 Since the late 1980's when a new form of metal started to emerge from the ashes of the speed and thrash metal movement, Xysma were there making a racket. They've gone a long way from the pus-oozing grindcore of Swarming Of The Maggots (1989) to the death rolling groove of Deluxe and Lotto a few years later, becoming an internationally revered cult band over the years. Recently the band thought it best to end a 25-year sabbatical and announced that there's a new album in the works. Titled No Place Like Alone, the album will be released on Svart Records in early 2023.

The short and to-the-point song is eerily reminiscent of classic mid-nineties Xysma, making the quarter of a century that separates us from those classic albums disappear. Well Seasoning is the first song the band finished after the decision to start working on new material. Xysma's sound has varied greatly from album to album, and No Place Like Alone is no exception to that golden rule. In addition to straightforward hard rocking numbers the record has its share of heavier moments, but surprising elements abound as well. 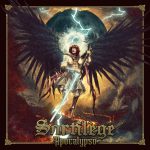 After performing numerous concerts in France, especially supporting the famous Def Leppard in their hometown of Paris, SORTILÈGE signed their very first recording contract with Dutch company Rave-On Records. The first EP was then released and led very quickly to the debut album, “Métamorphose“, produced by Devil’s Records (Madrigal).

SORTILÈGE was considered as the new sensation of the French metal scene of the 80s alongside with Attentat Rock, Satan Jokers, Vulcain and H-Bomb. The band performed in many European festivals culminating in the famous Breaking Sound festival in Le Bourget (France) in August 1984.

1986 was the time for SORTILÈGE to release their second studio album "Armes de Héros". After that, the band experienced internal tensions which have put an end to a short but effective career which had nevertheless left a legacy…

Keep It True Festival 2019 in Germany: More than 30 years later, SORTILÈGE made their comeback with original singer, Christian “Zouille” Augustin! It was the beginning of a new story and a new era. In 2020 they achieved a record deal with Verycords. The band is now formed by Zouille, Bruno Ramos and Olivier Spitzer on guitars,

Sébastien Bonnet on bass and Clément Rouxel on drums.

The new line-up decided to re-record 12 classics from the 80s plus two new additional songs, which resulted in the "Phoenix" album in August 2021. The release received tremendous feedback from the fans and the medias and was followed by live appearances at the Heavy Metal Maniacs festival (NL) and Vouziers Festival (FR). In 2022 they returned back on stage at Lyon, Nancy, among others before the super Parisian show at the Elysee Montmartre.

Then SORTILÈGE hit the Hellfest mainstage with continuous amazing feedback.

In the meantime, the new full-length "Apocalypso" was recorded, offering 10 new songs including special guests (Myrath, Loudblast’s Stephane Buriez). The album will be released on March 3rd 2023 and a promotion tour will follow in April/May 2023.