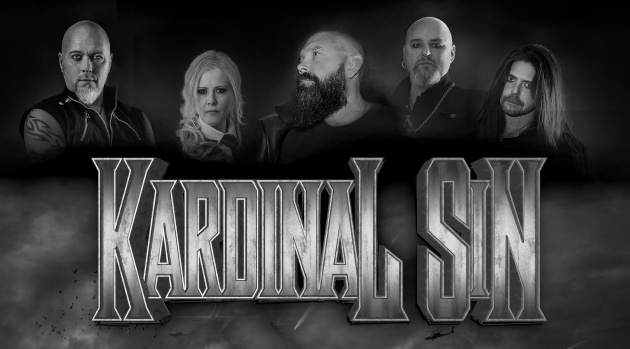 Offering more complex songs as well as darker lyrics about the world situation now and then, and how we push humanity towards the apocalypse through war and environmental destruction – compared to the band's debut – "S.A.L.I.G.I.A", promises to feature more elaborate songs and arrangements, and is a musical journey through history from the Middle Ages to present.

Get the song on all digital platforms HERE!

"This song is about the siege of Jerusalem in the year 1099 and how King Salahadin's legions gathered outside the walls of Jerusalem and the anxiety of the Knights Templar holding the city. It's a mid-tempo song with an Arabic kinda sound to it. KARDINAL SIN are very proud to have the amazing voice of Ellinor "Hellinor" Asp as a partner in crime to Daniel Wikerman, who gives the song that extra edge! "

"S.A.L.I.G.I.A" was mixed by Fredrik Folkare at Chrome Studios, and was mastered by Lawrence Mackrory (Obey Mastering). Slated to be released as CD Digipak, Ltd. Vinyl LP and Digital formats on March 3, 2023, the album pre-sale is now available at THIS LOCATION!