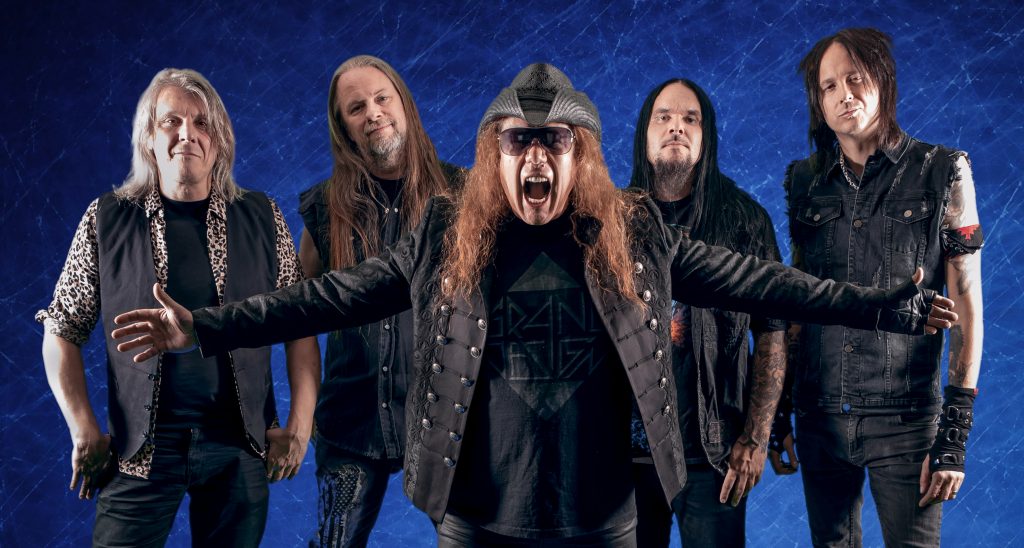 Grand Design was formed in 2006 by vocalist/producer Pelle Saether, and the band’s first 1st album

Two years later, it was time for Grand Design’s second album – “Idolizer”. Pelle says: “We knew we had found a formula to make an 80’s rock record work in the 21st century – so why change it?” With new anthems like “Get On With Action”, “OughtoGraph” and “Your Love’s A Runaway”, “Idolizer” followed up the fans expectations. Grand Design again proved that the songs and sound of 80’s rock belong in your players and on the big stages.

In 2012 the line-up saw singer Pelle Saether and guitarist Dennis Vestman, now flanked by guitarist Janne Stark (Constancia, Overdrive etc) and bassist Mats Vassfjord. The band also did numerous shows in Sweden as well as outside the country.

Early 2013 the band finished two new songs, featuring guest singer Susie Päivärinta (of Lili & Susie), of which the song “Baby It’s You” (Promises cover) was released as a single and video in June 2013. The band also welcomed new drummer Magnus Ulfstedt (Eclipse, Jimi Jamison, Talisman, Lion’s Share etc), who made his debut on the video. The band performed at festivals such as Skogsröjet and Rock Out Wild, together with bands like Twisted Sister, Lita Ford, Pain and Lizzy Borden.

2014 saw Grand Design play lots more shows/tours/festivals, such as MelodicRockFest 4 in Chicago, U.S.A, Grand Design Italy Tour, etc. But, most importantly, on September 26 Grand Design released their third and highest rated album, “Thrill Of The Night” (AOR Heaven Records/Europe, Rubicon Music/Japan). The same day the video for “Rawk ‘N Roll Heart Attack” was released and hit over 6000 views in just a few days! “Thrill Of The Night” also marks the first Japan release for the band. The album was awarded best album of 2014 by RockEyez. Grand Design is the only band winning two years (2011 and 2014).

By mid-2015 the video for “Rawk ‘N Roll Heart Attack” had well over 200 000 views on YouTube! The band played in Spain together with Kee Marcello and Dynasty, plus some more shows in Sweden. A new video for “Get Up And Love Someone” saw the light of day in September 2015, like the previous one, also directed by Thomas Tjäder (Acromancy Media).

In 2017 the band was reinforced by new bass player Stefan Westerlund (Rocket Love) and drummer Joakim Jonsson (Axenstar, Psychopunch) and the new album “Viva La Paradise” was recorded. Continuing on the path of “Thrill Of The Night”, the band feels this marks the strongest album to date. The same old style and sound, but elevated and with a few new surprises.

Grand Design is already booked for the 2018 Melodic Rock Festival in USA and Sweden, a tour in Spain in September is booked and more shows are being added!

In March 2020 Grand Design released album ”V” this time with new lead guitarist Dan Svanbom. 1st single/video from the album was ”Right Away” followed by "The Warrior" (Scandal/ Patty Smythe cover) + "I Won,t Cry Over U Tonite" and "Wut Are U Waiting For"

The new song ”We Were Born To Rawk N Roll” was released August 28, 2020 and gained massive positive reactions.

New single to be released autumn 2021