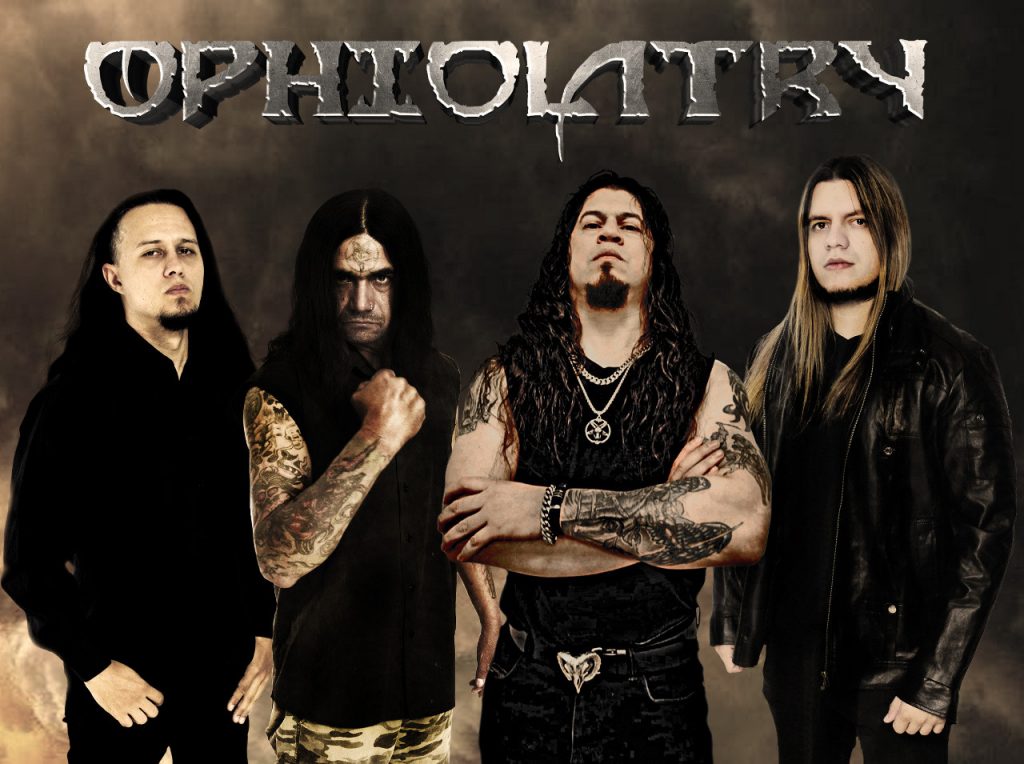 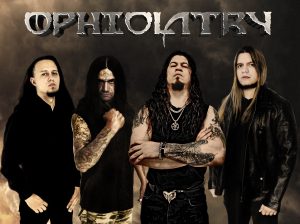 Ophiolatry was formed in 1998 by Jhorge "Dog" Duarte, Antonio Cozta, Fabio Zperandio and Tiago Nunes. They recorded their first demo, Opposite Monarchy, in 1999, and also released a split on Mutilation Records with the band Ancestral Malediction.

In 2000, Relapse Records included Opposite Monarchy on their compilation album Brazilian Assault, which was released in Europe and North America. After signing on the North American record label Evil Vengeance Records, they recorded their first full-length album, Anti-Evangelistic Process, in 2001.This album was mastered by Erik Rutan (Morbid Angel, Hate Eternal) and released in 2002. In 2003, the band did a 50-day tour of Europe after recording the new EP Misanchristianthropy.

This EP was released in 2003, by US record label Deathgasm Records, as a split with Infernal Dominion. After releasing two more split albums in 2005 and 2006, the band signed on Forces of Satan Records, the Norwegian record label run by Gorgoroth guitarist and founder Infernus. 2006 also marked their appearance at Brutal Assault festival in Czech Republic and the inclusion of their single Diabolism on the Brutal Assault Open Air Festival compilation Vol 11.

Their latest full-length album, Transmutation was released in early 2008 through Forces of Satan Records and Regain Records. 2002's Anti-Evangelistic Process was also re-released in the summer that year. After a 13 year hiatus Ophiolatry emerged with a new lineup consisting of original member Jhorge "Dog" Duarte on drums, Jaime Veron on vocals, Diego Santiago on bass and Fred Barros on guitars. Their new single Somehow was released in April 2021.

For more Information see the Presskit